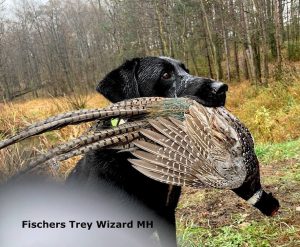 Fischer’s Trey Wizard MH (FC Fen Wizzard x Western Sky’s Mile High Club MH***) is a classic looking 65 pound black male, that throws yellow. Trey is clear of all major hereditary defects found in the Labrador breed. He is an excellent pheasant hunter and waterfowl retriever. He holds several derby accolades in field trials and completed his AKC Master Hunter title in the summer of 2016, going 6 for 6 at tests.

He is offered at stud to approved females.

Marshall is a handsome and hard going boy with a great disposition.  He is all go in the field and can turn it off in the house.  Marshall was a ton of fun to train and might be the happiest dog I have ever met.

Bailey is a beautiful hard hunting girl who went 4 for 4 to earn her JH title. 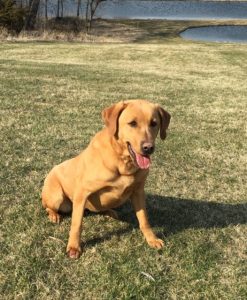